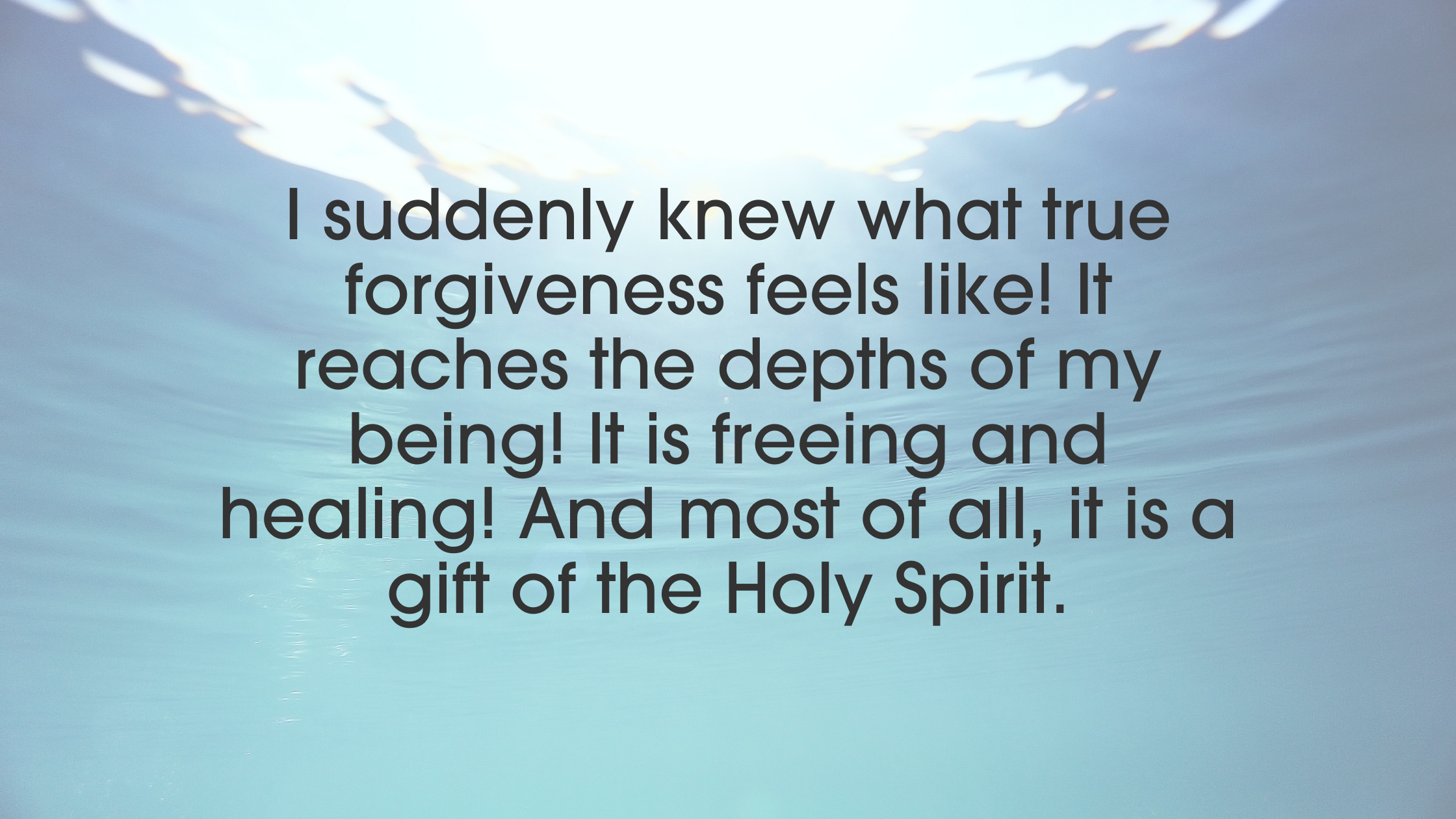 How I Discovered Forgiveness from the Heart

Jesus has some pretty serious words for us about forgiveness. There are so many examples in Scripture to choose from, but here are a few to jog your memory:

Then Peter came up and said to him, “Lord, how often shall my brother sin against me, and I forgive him? As many as seven times?” Jesus said to him, “I do not say to you seven times, but seventy times seven. (Matthew 18:21-22)

For Christians who take Jesus seriously, these words can hit pretty hard. We want to get this forgiveness thing right! Feeling this moral responsibility to forgive, for some years I was careful to immediately forgive those who offended me. I thought I was doing what a good Christian should. The trouble is, that I noticed, little by little, that the offenses that I had forgiven would still bother me; I still felt hurt, resentful, maybe even angry. Then I began to wonder, did I really forgive? Why do I still have all these bad feelings toward this person I had “forgiven”? What is going on here?

It became clear to me that I could “choose forgiveness” in my will but there was a whole part of myself I didn’t seem to have much control of. I couldn’t heal my heart and I couldn’t even make my heart forgive. Apparently, there can be varying depths of forgiveness. What level of forgiveness does Jesus ask us to give? In the parable of the unmerciful servant, Jesus says: “And in anger his lord delivered him to the jailers, till he should pay all his debt. So also my heavenly Father will do to every one of you, if you do not forgive your brother from your heart” (Matthew 18: 34-35, emphasis mine.) Forgiveness from the heart! This seemed impossible for me.

It is not the only impossible task the Lord gives us (e.g. love your enemies; pick up your cross and follow me; be perfect as your heavenly Father is perfect, etc.) Jesus knows that we cannot do any of these things through our own power, but he reminds us (in the chapter following the parable of the unmerciful servant), that “with God all things are possible” (Matthew 19:26).

So I began praying for the grace to forgive. There were two people in particular by whom I had felt hurt and was unable to truly forgive. They had apologized, but not in a way that was satisfying to me. I wanted them to totally understand the pain they had caused. I wanted them to heal the wounds they had caused me before I forgave them. After months of turmoil, I began to pray in earnest that Jesus would help me forgive.

One day during my adoration hour, I finally felt led by the Holy Spirit to forgive in a sincere way. I began with each of the offenses the first person had committed against me. I forgave each one in tears. When I had completed, I felt a rush of gratitude for this person in my life. I thanked God for him and remembered, suddenly, all of the joys of our life together (which had been clouded during my time of unforgiveness). I suddenly knew what true forgiveness feels like! It reaches the depths of my being! It is freeing and healing! And most of all, it is a gift of the Holy Spirit.

So then I wanted to enjoy the same freeing process for the other person. I tried to begin, in my prayer, to say that I forgave each of her faults, but it felt forced. I did not believe it. There was some block. Apparently, forgiveness is not achieved by some magic formula. So I told Jesus, “It’s not working. I don’t know how to forgive her. I still feel too hurt and misunderstood.” Jesus told me, “It’s okay. I can take care of that. She is unable to go back in time to heal those hurts. But time is not a problem for me. Let’s go to each of those places. I will go with you. I see you clearly in each of those moments of pain, as clearly as I see you here today.” So Jesus took me back in time to each of the hurts. He comforted me in each one. He let me know that He was there, understanding and feeling my pain, and loving me. Each of those memories was transformed for me. I was no longer alone in them. Holes in my heart that I thought would always be gaping and aching were healed. As soon as Jesus had done this with me, I was able to forgive that person for each of those faults so fully and deeply. And as with the first person, I was flooded with gratitude and great joy for this person in my life. The Holy Spirit brought to my mind so many special moments of love I had received through her, and I was all joy.

I was able to reach out to each of these people and announce with great excitement the work the Lord had done in me and that I really did forgive them now! The healing and joy I received through this experience has had a lasting effect on me. It taught me to believe in true forgiveness, a forgiveness that I did not previously know was possible in the human heart.  The kind of forgiveness that holds no hard feelings–in which you can still remember the incident, but you are no longer pained or angered or resentful about it in the way you once were. The kind of forgiveness that results in gratitude for the one who had hurt you. God taught me that this kind of forgiveness is what He has planned for us! Not the kind that leaves us mixed up–forgiving in the mind and miserable in the heart. But we cannot force this forgiveness; we cannot get or give it by merely “choosing” or “willing” it; we have to implore the One who alone can change hearts.

Now that God has shown me what He can do, He urges me to commit to deeper and fuller forgiveness regularly. This process is ongoing because as long as we live, other people will hurt us in one way or another, whether intentionally or unintentionally. Sometimes when I recognize that I need to forgive, I ask for the grace, and it happens quickly. Other times, as I implore the Lord to do this miraculous work in me, He prepares me for full forgiveness in stages and brings it to fruition in a beautiful and unexpected way, as only He can.

There are other people I need to forgive now. Rather than hastily telling myself (or God or the offending persons) that I have forgiven them, as I would have done in the past, the Holy Spirit urges me to pray honestly, a prayer that sounds something like this:

Father, I need to forgive ______ for _______. I know you call me to forgive him/her from the depths of my heart. My heart is hurt and afraid of being hurt again. I want to choose forgiveness because I trust that your command is good, but I am unable to make this choice have much effect within my aching heart. I believe that with you all things are possible. Heal me and fill my heart with the full power of your forgiveness.

God’s work of forgiveness in your life will look different from His work in mine. We all have our own stories. But I do believe He calls us all to a deeper level of healing through forgiveness than we may even fathom. And I believe that He will answer you when you ask for the miracle of forgiveness to take place in your heart.